BIOGRAPHY
Diane Kresh joined Arlington as director of Libraries in April 2006 after a 31-year career at the Library of Congress, the world's largest research library. She was a senior-level library administrator, director of the Veterans History Project, director of public service collections and director of preservation, and is editor of “The Whole Digital Library Handbook.”
Over the course of her career, Kresh has earned numerous awards and Dewnload hires accolades, including a “Top 50 Innovations in American Government’ award for the Veterans History Project, issued by Harvard University’s Kennedy School of Government, the Ash Institute for Democratic Governance and Innovation and the Council for Excellence in Government. Kresh has also been awarded “The Federal 100 Award” from Federal Computer Week, the “Site of the Year” award from Yahoo! Internet Life for the September 11 Web site, and a Director's Award for the Collaborative Digital Reference Service. Additionally, Kresh was featured in a cover story in Library Journal in 2001, “The Changing Shape of E-Reference.”

Kresh holds both a Masters in Library Science and a BA from Catholic University in Washington, D.C. An accomplished photographer and visual/performing artist, Kresh was raised in Arlington. She has exhibited her photographs in the United States and Europe. Diane is an Arlington resident and she and her two sons are enthusiastic users of Arlington’s libraries. 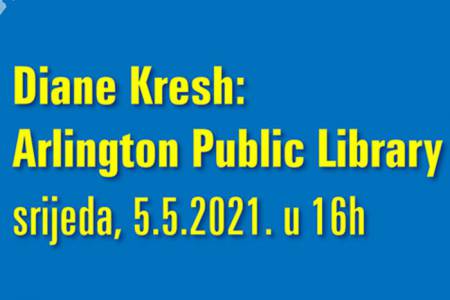