Marion Jones in American Corner Zadar.
TAKE A BREAK is a program that Marion Jones has created to enable her to give back and coach all people to live a better life and avoid mistakes that cause too big a price.
The program features Marion personally talking to young adults and people of all ages, using her experience to help others.
The principles that guide Marion’s teachings are:
When faced with a decision which could have a major impact on your general, academic and athletic life: TAKE A BREAK.
Think about the potentially life-altering consequences of the decisions you make.
Seek advice and counsel from people you trust and love (friend, parents, teachers, mentors).
Then make a rational, informed and thoughtful decision.
For more than a decade, Marion Jones was hailed as the "the fastest woman on the planet" (100m , 200m).  At the 2000 Olympic Games in Sydney, Australia, she became the first woman ever to win five medals at one Olympics. That same year, the Associated Press and ESPN named her Athlete of the Year. She was on the cover of Vogue and Time. She seemed to have it all—fame, fortune, talent, and international acclaim. Now she is a convicted felon... 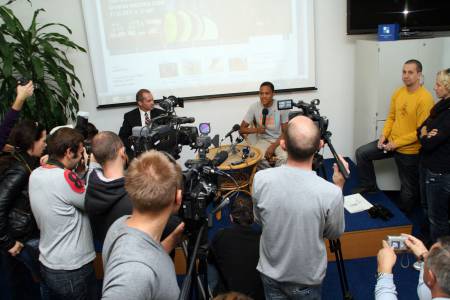